Originally published on the RAPIDS AI blog on August 13th, 2019.

In my first week working at NVIDIA, I have been spending some time with my previous colleagues at the Met Office to explore how the two organizations can collaborate.

We decided to run a hackathon to explore how GPUs could be used to accelerate existing tools and workflows within the Met Office. The attendees were 10-15 people who were seasoned Python developers but had little experience with GPUs. There was some awareness and curiosity about CUDA and GPU acceleration but little hands on experience.

To begin trying things out we needed a collaborative environment with access to GPUs. Our group was familiar with Jupyter Notebooks and we felt that asking people to SSH into a server would add unnecessary complication. There is a project called the Littlest JupyterHub (tljh) which not only provides a straight forward way to install and manage Jupyter Hub on a single server but also has great documentation. However, as we wanted to add GPU support, we had to deviate from the docs a little. This post encapsulates the additional steps we took.

The Met Office folks kindly provided access to an AWS account so that we could build our own server.

At this time tljh only supports ubuntu linux so first we will need to build a ubuntu server with GPUs available. As we had AWS access we will go through the excellent instructions from the tljh docs to set up on AWS with the following adjustments.

Next you need to ssh to the box with the ssh key you selected during setup. In order to make use of GPU enabled libraries we needed to install the NVIDIA CUDA drivers.

Now that we have drivers in place and have rebooted we can install the Littlest JupyterHub as instructed in the documentation. In step 7 we skipped entering the installation command in the user data field, so let’s run that manually now.

Select an admin username that you will remember as you will need that the first time you log in to JupyterHub.

We should now be able to return to the tljh documentation and continue from step 20 by visiting the server’s IP address in the browser. 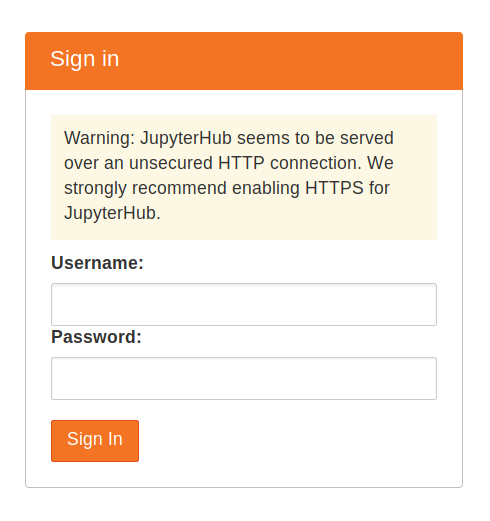 Once you finish this I also recommend upgrading conda and Jupyter Lab to the latest version by running the following from within Jupyter Lab.

Now that we have a working environment we can get on with the interesting bit of installing the packages from RAPIDS. There is a useful utility on the RAPIDS website for constructing your installation command.

Then copy the command, prefix it with sudo -E, add cupy to the end and run it in Jupyter Lab. For me this command looked like this.

To make sure things work we can create a couple of notebooks and use some of these libraries.

Let’s start with cuDF. To check this we can visit the documentation and copy the getting started example.

If everything works ok you should see the following output.

We can also test CuPy out by creating an array and playing around with it.

Now we have a great place to experiment with GPU accelerated Python libraries. At the Met Office hackathon, people were experimenting with things like replacing numpy with cupy in existing libraries.

Having this machine was great for an event like a hackathon. It was quick to build, simple to administer and provided a familiar interface for users. We shut it down each night to save money and then blew the whole thing away when the event was done (once everyone had downloaded their notebooks of course). Next time I build one of these there are a few additional features I would like to explore.

We had four GPUs shared between 10-15 people. As everyone was a beginner and wouldn’t actually be doing that much intensive calculation with them this was fine. However, by default their python environments would be using GPU 0 for single GPU tasks which means we wouldn’t be making good use of the other three GPUs without additional configuration.

It is possible to change your GPU order with the environment variable CUDA_VISIBLE_DEVICES. In future deployments we could get JupyterHub to set this variable for each user and randomize the order.

To give new users a better understanding of what is going on it would be great to give them a dashboard showing what the GPUs are doing. There is currently a PR for a Jupyter Lab extension which would show useful metrics right within Jupyter Lab. Once this is available I wouldn’t hesitate to install it too.