Communicating with your open source community

This is part 11 in the Creating an open source Python project from scratch series. If you haven’t read the previous parts you may want to go back and check those out.

Once your open source Python project has users and a community you will likely want to communicate with them in an official capacity. Perhaps you want to tell them about a new release, show a use case where someone is using your tool or solicit feedback on an upcoming feature.

In this article we will talk about some common ways that maintainers communicate with their community.

When interacting with your community via GitHub issues or on Stack Overflow this will mostly be one-to-one communication.

But for cases where you need to make an announcement and tell folks about something you will need a one-to-many platform to broadcast to your community.

Often the most common thing you want to communicate to your community is that there has been a new release and that it has cool new features and bug fixes in it. So the first place to tell everyone about your release is in the release notes themselves.

In Part 8 of this series we automated the release procedure for our is-number project. All we have to do to get a new release into the world is create a git tag and push it to GitHub.

But if we head to our releases page on GitHub we just see a list of the tags we created. 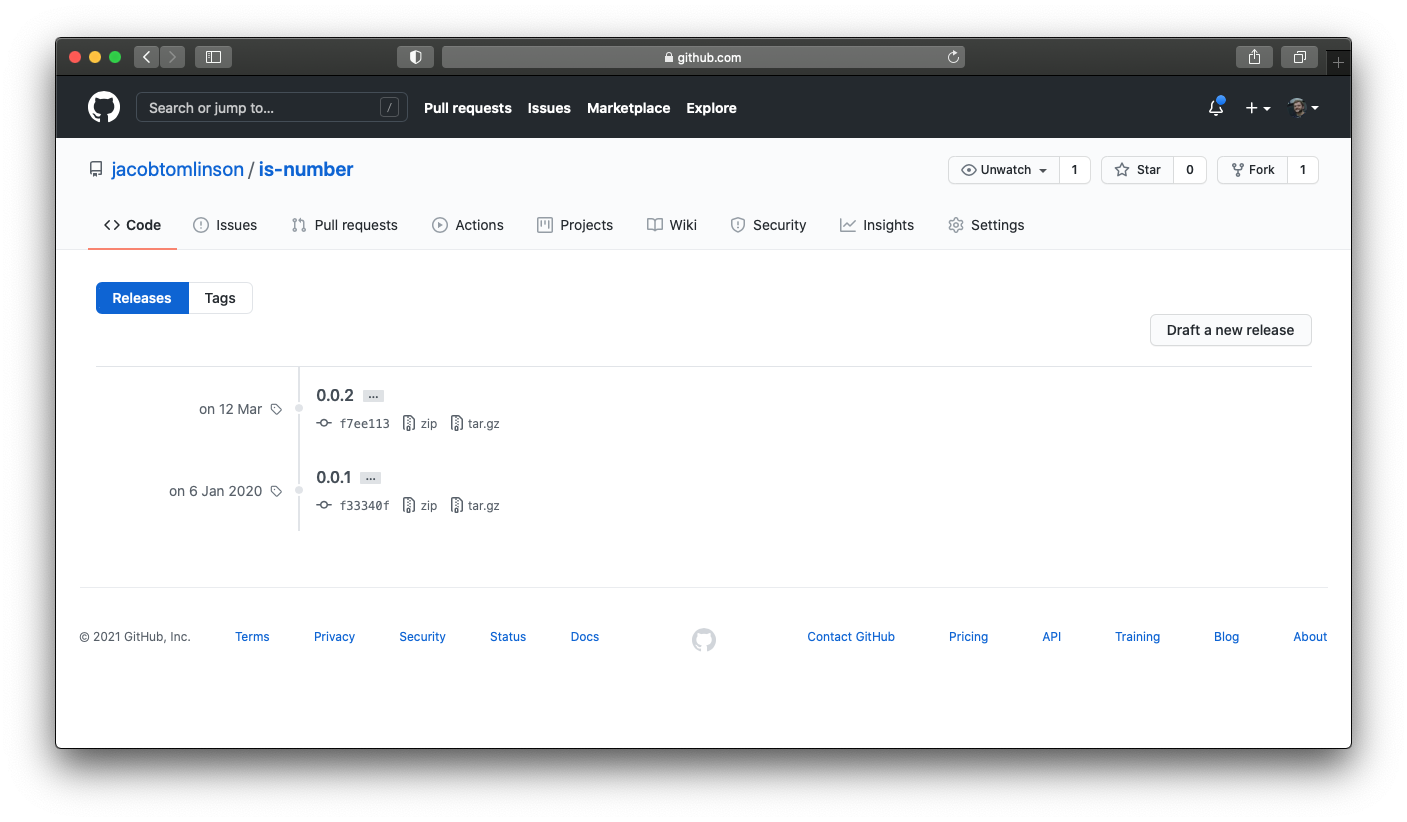 Instead of creating our tag from the command line we could also click the “Draft a new release” button on that page and create it from there. We can fill in our tag name, release name and add some release notes. We can also head over to our commit history to see what changed since our last version to help us write our notes. 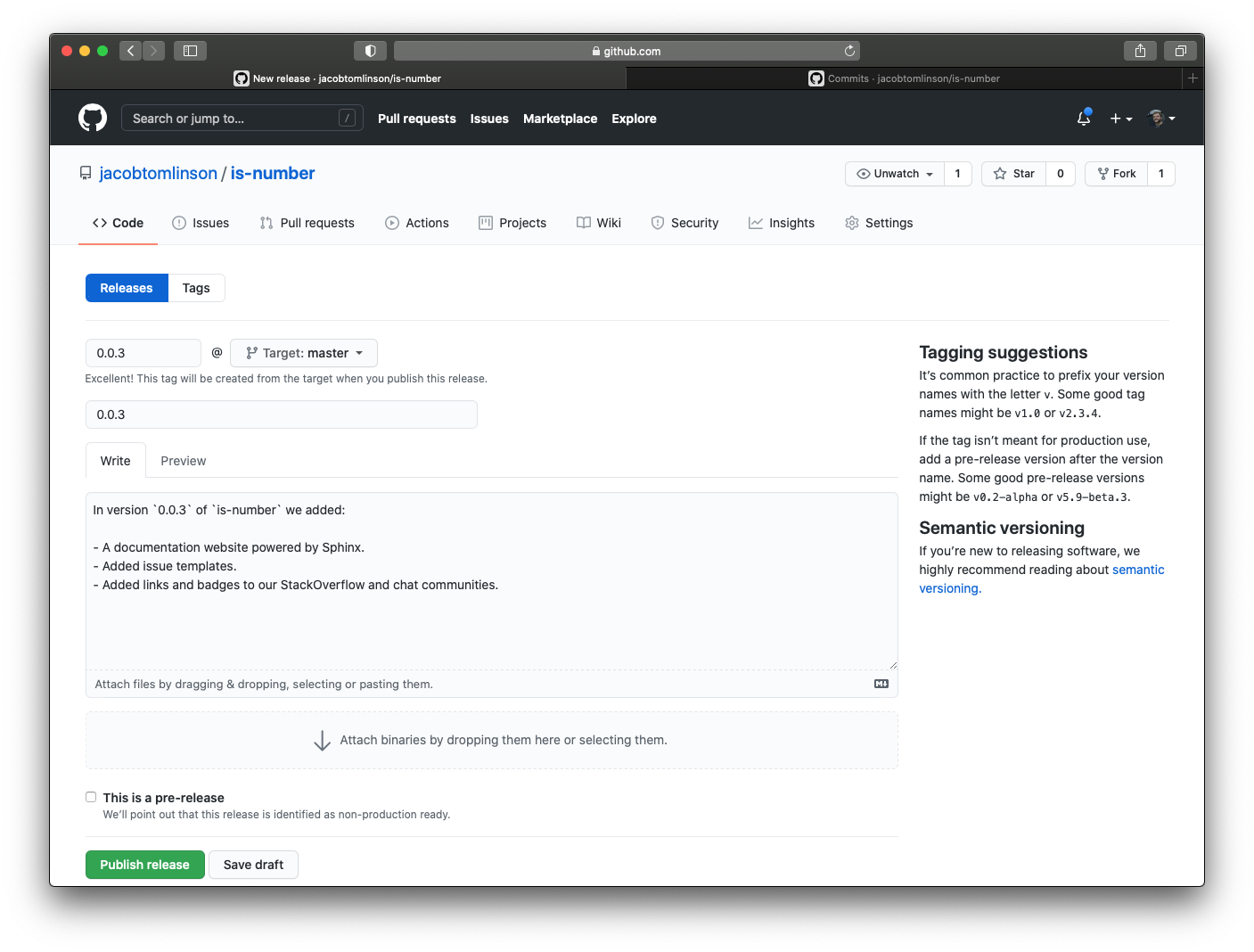 Now if we click publish release our tag will be created and our release automation will trigger as expected, but our releases page will have way more useful information for our users. 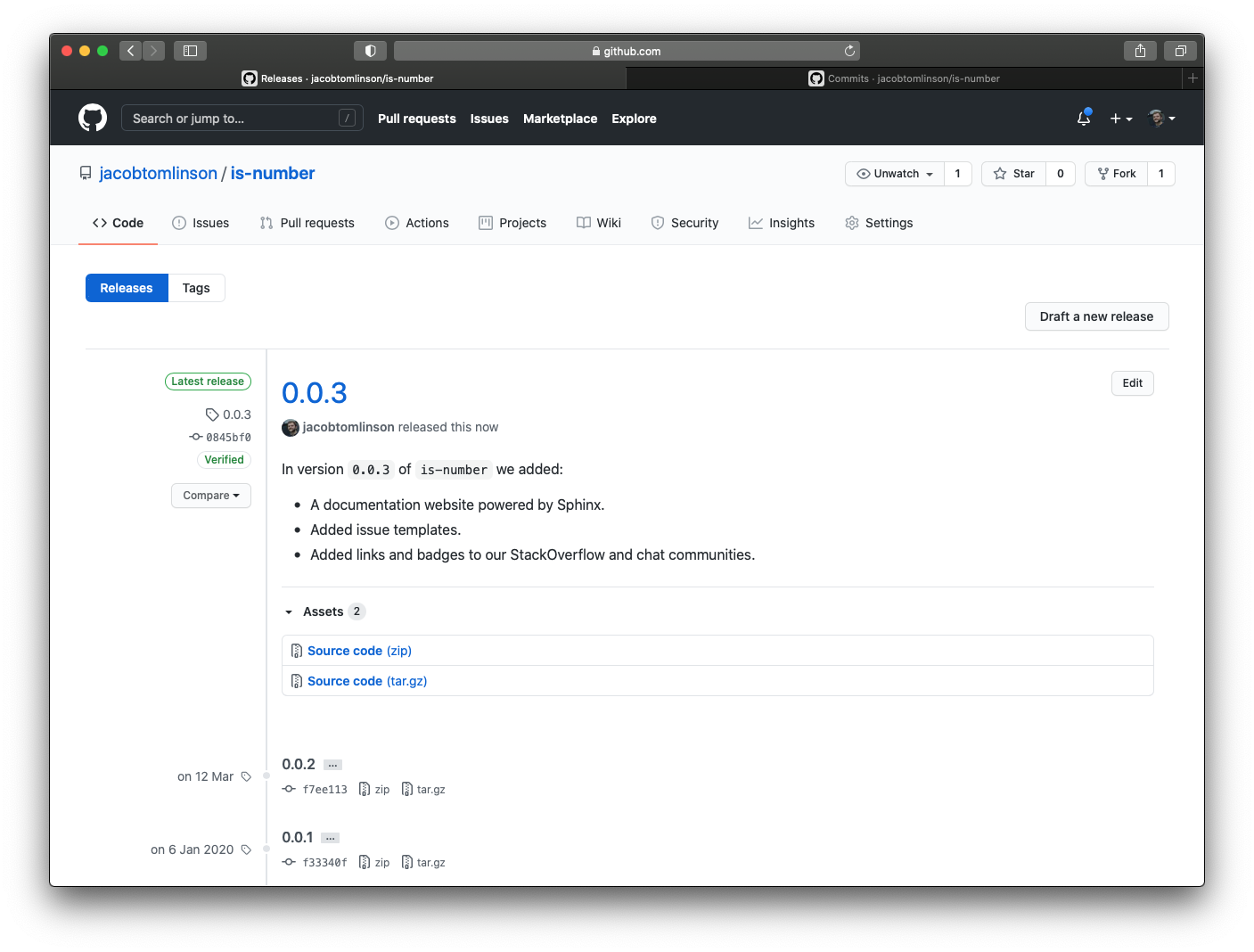 Now that we have a new release out we need to tell our users. Not everyone will want to subscribe and watch our project on GitHub, so we need to go and find them where they already are. And for the tech community these days that means Twitter.

When you sign up for Twitter you’ll be asked for a name, email and date of birth.

Once we’ve set a password we will need to choose a profile picture. To keep things simple I recommend just taking a screenshot of your GitHub page, or just writing the project name in a text document and taking a screenshot of that. We don’t need to worry about anything fancy like a logo at this point, although we will discuss branding in a future post. Just make sure the image clearly shows what the project is.

Once you have your account set up we need to start tweeting. I find the best way to manage this for project accounts is to come up with a list of situations where you want to tweet, then you can refer to that list later as various events happen in your project.

Be sure to always add context to your tweets.

If a project you depend on tweets about a new release you should quote tweet it and say something like “Excited to see version x.x.x of project A, we use feature X in is-number!”.

Trying to grow your following on Twitter seems like the thing to do, but be mindful of your goals here. Twitter accounts for projects can typically be used in a couple of ways:

So far we have only discussed the first one. If this is your only goal then don’t worry too much about growing your audience. Add badges to your README, documentation and even release notes to point your users to the Twitter account. Those that want to subscribe to your announcements will follow you, and that’s probably enough.

If you are also going to try to use Twitter to grow your audience then there is a bunch of advice out on the internet for that.

The last thing you may want to do to reach your audience is to start a project blog. Popular platforms for project blogs are GitHub Pages, Medium, Tumblr and Blogger.

Blogs can be useful for sharing information which doesn’t fit into any of your other project information sources. Good topics to blog about are:

When writing blog posts for your project be mindful about whether that content would be better placed somewhere else. If you are announcing some new feature should that just be in the release notes? If you are writing a guide on using your project should it be documentation?

Blog posts work best when they discuss specific scenarios or user groups, or when they cover high level topics and meta issues.

If you do decide to have a project blog don’t forget to tweet about each new post!

This was part 11 in the Creating an open source Python project from scratch series.

Next up, Building a contributor community for your open source project