How to enable SSH on Binder

Running SSH on Binder has not been possible since late 2020. Due to abuse from botnets Binder will now kill sessions running sshd. 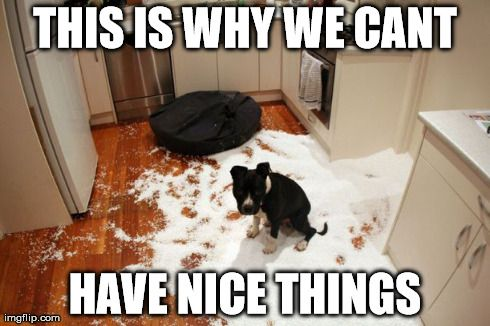 While preparing material for a Dask tutorial I wanted to be able to ssh to localhost on Binder. This was to allow me to demonstrate the SSH features in Dask, while remaining in my Binder instance.

I can imagine other situations where being able to SSH to localhost on Binder would be useful so thought I would write up some instructions.

When you run a binder repo you end up as the user jovyan inside a Docker container built from your git repo using repo2docker. By default you will not have sudo available and will not be able to run SSH regularly as root.

We can however run the SSH daemon as an unprivileged user with some configuration modifications.

Before we do anything we need to ensure that openssh-server is installed. You can do this by creating an apt.txt file within your binder directory with the name of the package in.

Next we need to run some commands when our binder server starts. We can do this by creating a bash script at binder/start.

This is a minimal start script which will ensure Jupyter starts successfully. In the next sections we will go through each command that you need to add to the script, but don’t worry if you get lost while following along as we have the complete script at the end.

The first thing we want to do is create a .ssh directory for our jovyan user as we won’t already have one.

Then we need to generate an SSH key for our jovyan user to use.

We then need to also allow incoming SSH connections to authenticate with that key. This allows us to SSH to ourself at localhost without entering a password.

An SSH server requires a key pair that it uses to prove that it is who it says it is. It avoids man-in-the-middle attacks where someone pretends to be an SSH server you are expecting to log into and captures your username and password. When you connect to an SSH server for the first time it asks you to accept the host key, and then in future it will check that the host key matches. If malicious actor tries to MITM you then this check will fail.

Let’s generate a host key for our server to use.

Now we need to create our configuration for our SSH server. The default config lives at /etc/ssh/sshd_config, however we do not have permission to modify that as the jovyan user, so let’s create our own at binder/sshd_config with the following contents.

Let’s talk through this line by line.

First we set the SSH port to 2222. This is because as an unprivileged user we can’t start services on the common low port of 22. Instead we must set it to something over 1024, so we are choosing 2222.

Next we set UsePrivilegeSeparation to no. Privilege separation creates subprocesses with the user that is logging in, however you need to be root for this to work so we are disabling it.

Then we specify the path to the HostKey that we just generated.

Next we also set UsePAM to no because we would need to be root to do this. This does mean that our SSH server will not be able to use PAM modules for authentication, but as we just want to SSH to localhost this is fine.

Lastly we set the PidFile to /home/jovyan/.ssh/sshd.pid. When we start the SSH daemon it will create a pid file, and usually this is under /run which we do not have write access to as an unprivileged user.

The final options here are the defaults from /etc/ssh/sshd_config which we need to include, but as we are not changing them I will not explain what they do.

I think we should also probably put this file under .ssh/ in order to keep everything together, so let’s copy it there with our start script.

Now we are ready to start the SSH daemon process. We will call it from our start script but detach it to run in the background with &.

This is enough to get an SSH server running on our Binder instance, however there are some things that we could do to make the experience for the user even better. Specifically I want a user to be able to run ssh localhost as soon as they connect to their binder and it “just work”.

As this file does not exist and we are creating things from our start script we can add the following line to create it for us.

Now a user can run ssh localhost and it will automatically connect to port 2222. However the user will then be asked to accept the host key, because this is the first time we have connected to the server. We could be nice and set this up for them too, so that they aren’t prompted to accept this. Add this to your start script.

This connects to localhost and requests the public part of the host key and immediately saves it to our known_hosts file. Sadly ssh-keyscan doesn’t take your ~/.ssh/config into account so we still need to specify the port, and it needs the SSH server to be running so we need to give it a few seconds.

The last thing we should do is ensure the PATH variable is set correctly. When Jupyter starts a terminal it ensures the PATH includes things like conda, but our SSH connection will not do this. So we should add the additional paths to our .bashrc file.

There we are, if you test this out our new user should be able to start up their Binder and immediately run ssh localhost.

You are welcome to try out the Dask Tutorial binder that I was creating when writing this if you want to see it in action.

Now that we have all the pieces our final binder/start script should look like this.

We also have an binder/apt.txt file which looks like this.

And we have a binder/sshd_config which looks like this.

One last thing we may want to think about is external access. Now that we have an SSH server running in our Binder session theoretically it would be possible to SSH to that server from anywhere right?

Well half right. Yes we do have an SSH server running on port 2222 and we have an SSH key which would allow us access. However our Binder instance is a Docker container running inside a Kubernetes cluster in the cloud with no external network access other than HTTPS access to Jupyter.

You could look at using a service like serveo or ngrok to forward the port out. But if you’re looking to remotely access your session you may prefer to use a free service like Teleconsole.

I wanted to be able to SSH to localhost from a Binder session for a Dask Tutorial so that I could show off the SSHCluster cluster manager.

I hope that if you also want to be able to SSH to localhost in your Binder sessions that this was useful for you too.