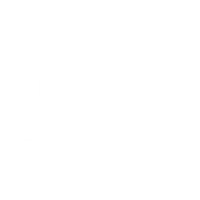 In this post we are going to create a container we can interact with. We can then have a poke around inside the container and see what it is and how it works.

Open your terminal and run:

This will download the ubuntu image from Docker Hub and start a new container form it. There are a couple of new arguments here that we haven’t seen yet. -t tells docker to assign a pseudo tty and -i keeps stdin open to allow us to interact with the shell. We have also added the command /bin/bash to the end, this overrides the default command set in the image.

Once the container runs you should get something similar to:

The hostname of your container will be different but you should see that you are running a bash session as root within your container.

Seeing a prompt like this feels very much like being inside a virtual machine. However as this is a container you are sharing the kernel with the host system and any other containers you run simultaneously.

If you type ls it will list the root filesystem of the container, this is the filesystem which came inside the Docker image and your bash process is contained inside it.

It is possible to persist data between containers using volumes, these will be covered in a later post.

You can also find the container images themselves stored under /var/lib/docker on the host system. They are just directories like any other but Docker bind-mounts these to create the layered copy-on-write filesystem and uses chroot to contain the processes within the image.

If you list the processes running on the system you will only see two, the bash session and the ps itself.

This is different to a virtual machine in may ways. For starters your bash session has PID 1. On all linux systems PID 1 is the init system, that may be init.d, systemd, upstart or something else. An init system handles the starting of all the other processes required to run your operating system, this includes networking, cron, disk mounts, graphical user interfaces and everything else you use. However in a container we already have a functioning operating system, the host. The container can therefore do one thing and one thing only without worrying about running an operating system, so having a single process with PID 1 is logical.

If you were to run the ps aux command on the linux host you would see all the running processes, including those inside the container.

Containers appear to be a whole different system, but we’ve demonstrated here that they are just normal linux processes running on a normal linux machine. The only difference is they are kept separate from the other things running on the system and have access to a subset of resources. The exciting thing is each container can have a different subset of resources. They can behave like an entirely separate system with different tools and dependancies even if they conflict with the packages on the host system or in other containers.

Intro to Docker, Tutorial
Spotted a mistake in this article? Why not suggest an edit!
I feedback.
Let me know what you think of this article on twitter @_jacobtomlinson or leave a comment below!
comments powered by Disqus
Read More
Running a Docker container
Installing Docker Installing Docker on your machine is required but beyond the scope of this series. Getting Docker up and running is an ever evolving and improving process and anything put here will go stale reasonably quickly. As Docker uses linux kernel features you will need a running linux … Continue Reading