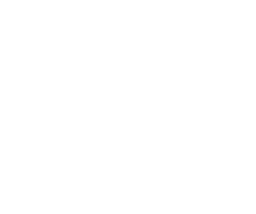 How I value media and entertainment

I’ve been meaning to write about how I value media/entertainment and my thought process when purchasing it. This is different to my normal style of article but hopefully people will find it interesting.

I am a big fan of movies, TV shows, music and video games, however I can find purchasing all of these things problematic. Particularly when deciding how much I’m willing to spend on something.

Games was a particular issue and at one point I ended up in a situation where my steam library was growing at an exponential rate despite playing very few of the games I purchased. This was down to the introduction of steam sales, where games become such great value for money that you “can’t not buy them”. To counter this I came up with one simple rule which I have since expanded on and applied to my other media collection.

I will only pay £1 for every hour of entertainment this product will give me.

That way when a £40 game goes on sale for £10 I stop myself from thinking that I’m saving £30 and think about whether I will play it for 10 hours, and as I am a fairly casual gamer the answer in most cases is no.

This works well and helps me make better decisions. The rule however is rather inflexible and doesn’t take into account additional value that I get from games, for example I feel that if I complete a game (which I don’t do very often) then it is a more valuable experience than if I don’t. I therefore decided that a completed game is worth double the hours I put into it.

I also reviewed my existing game collection and thought about how much I paid for each one and whether I feel I’ve had good value out of it. Doing this made me think about games which I am emotionally invested in, for example the Half-Life series. I rarely buy games at full price on day 1 but when Portal 2 came out I bought it without even thinking about it. This was partly due to the fact that I was really excited about the game itself and partly because I was 100% confident that I would play it to completion. This made me decide that emotional investment in a series is also worth doubling the value, meaning that if it took me 10 hours to complete it I get £40 of value from it.

This method has not only stopped me from making unnecessary purchases but also gives me a warm fuzzy feeling when I get far more value out of a game than I paid for it. Spelunky is a great example of this as I only paid £3 for it and have played it for over 20 hours, and when I eventually complete it that value will double and I’ll be even happier that it was a wise purchase.

An extension to this rule which I’ve considered would be to calculate how much my steam library has cost me in total and then calculate whether I’ve had good value overall. I would then impose a condition that I cannot purchase any new games until my library is “in credit”. However this would probably involve spreadsheets and trawling through PayPal receipts and that sounds too much like hard work.

As this method has worked so well with my game purchasing I decided to apply it to movies and TV box sets, this really highlighted that games give far more value for money in terms of entertainment than movies and TV. It also shows how over priced movies and TV shows are from iTunes, Amazon Instant Video or Google Play.

At the time of writing the average movie length is approx 2 hours, and the average price of a movie from one of the services mentioned before is about £8. Therefore in order to break even on value you would have to watch it 4 times. This is fine if you’re emotionally invested in the series as you get double value and you’ll almost certainly watch it twice or more. However speaking for myself I may watch a movie once or twice but it is unlikely that I would watch every film I buy 4 times.

TV Shows are also similar as it is around £20-30 for 10-12 hours worth of content. This is better value than films but you still have to watch it at least twice to get value for money.

The only two methods I have found which do provide good value is either buying used or bargain bin DVDs at £2-3 or to use a subscription service like Netflix or Now TV. With a subscription service it is possible to get very good value, particularly if you binge watch Breaking Bad over the course of a couple of months which would provide 62 hours of entertainment for for £14 (two months of netflix).

This just demonstrates the issues with DVD and digital download pricing we currently have.

Music is something I have only just started considering with this model and so my thoughts on how to apply it are still forming, bear with me on this one. Music is different to games, movies and TV as it doesn’t require your full concentration. Very often you put it on in the background while you’re doing something else (even playing a game for example) and you very rarely just listen to a song.

If you think about songs individually they cost £0.79-0.99 from iTunes or Amazon and are approximately 3-4 minutes long. This means you have to listen to a song (and I mean properly listen) around 15 times before it becomes value for money.

Of course you can buy songs at a better price as part of an album, so let’s estimate that an average album lasts one hour and costs around £7. This still means you have to properly listen to the whole thing 7 times to get value.

However music has one other difference to games, movies and TV. You can listen to it over and over again without getting bored. I’ve heard many songs hundreds of times and still get excited about listening to them again. So it is quite likely that if you buy an album you’ll play it many, many times but the majority of the time you’ll only be half listening.

An example of mine would be the album “AM” by the “Arctic Monkeys”. I can happily say that I’ve properly listened to it fully around 3 times and played it in the background around 50 times, by that logic I have had £13 of value from it. I paid £10 for it originally so I have had £3 of entertainment profit from it. This is surprisingly low compared to other media, particularly because this is one of my favourite albums of all time. However I have the rest of my life to listen to it over and over again, gaining more profit every time.

This makes me think about Spotify which I have never been able to justify spending out on. Spotify costs £10 per month and so in order to get value from it I would have to half listen to over 50 hours of music a month, or fully listen to 10 hours in order to get good value. I may be able to justify this if I had a job where I could listen to music all day as I could easily listen to 40 hours a week but I find that I need quiet to work and it is unlikely that I would listen to 12 hours of music per week outside of work to break even. So it shows that my reluctance to use the service is well founded.

This method of thinking started out as a way to curb my overspending on games but has resulted in giving me a much better sense of value for other forms of media. It has also highlighted how over priced some content stores are (iTunes, Amazon) compared to others (Steam, Netflix) in terms of entertainment value for money.

Hopefully others can adopt this way of thinking to help with steam sale syndrome and save money in other areas.

movies, games, music, media
Spotted a mistake in this article? Why not suggest an edit!
I feedback.
Let me know what you think of this article on twitter @_jacobtomlinson or leave a comment below!
comments powered by Disqus

How to use an Xbox 360 controller with OS X Yosemite