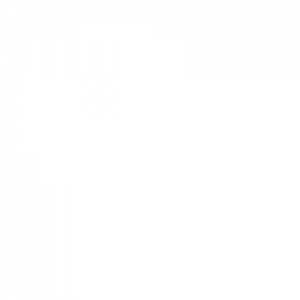 There is an undocumented function for adding a custom AddThis widget to your Wordpress theme when using the Add This Share Buttons plugin, so I thought I would document it here.

$the_permalink (string) (optional) The url you want to share with AddThis. Default: get_permalink()

How I found this

So I recently decided to give my website a bit of a facelift and as part of that I decided to add some better quality sharing buttons to my blog posts and portfolio projects. I settled on using the AddThis Share Buttons plugin for WordPress. However when using the plugin I had a bit of trouble placing the AddThis widget exactly where I wanted it.

The main issue I came across was that when using the settings page for the plugin it only gave me the option to place it above and/or below my post and gave me a selection of a few different styles. When looking at the screenshots I saw buttons for custom and advanced settings and so I assumed I could easily place the widget where I wanted it and would be able to style it as simply as you can with the website version of the AddThis Share Buttons. But once I actually installed the plugin and had a look through the settings I saw that the custom option just allowed you to specify how the box looks but not it’s location and the advanced settings were more for the analytics and other options.

By default if you have a sharing widget at the top the plugin hooks to the content and places the code before your content and if you select bottom it places the code after your content. I didn’t want either of those options as I wanted my top widget to be in with the header in a div that I could specify and control and I wanted the bottom widget to be after other elements like the tags which I had specified in my theme and I wanted them to have a sharing icon which was in keeping with the tag icon that I’d given that tags.

So I began looking for either a php function or shortcode that I could put into my theme. I was unable to find anything in the plugin documentation so naturally I took to google to find a solution. The only thing I managed to find was this forum page where someone suggested using the function

I found that putting that into your theme gives you a default widget in that position so this is a start.

The next thing I wanted to do was to style the widget how I wanted it. I like the small ‘bubble’ style default widget the you can choose from the default menu but I also wanted one with more options on to go at the bottom. So again back to google, this time with the function name, and found this forum page where it was suggested that you could give an array as the fourth parameter of the action which would take custom options like this

The function takes the url to share and the title of the page as the second and third parameters so you have to specify them as we are trying to override the fourth. I had a little play with the options given in the example on that page but couldn’t get the plugin to look quite how I wanted.

I found a second solution where someone suggested that instead of passing an array you can pass a string with the name of the default style you want to use. They went on to suggest that you could then go into the plugin code, find the array of styles and add your own. I wouldn’t recommend this though as your changes would get written over next time the plugin is updated. Remember if you’re creating a custom theme keep all your changes in the theme directory or risk being overwritten in updates.

But if you do want to just specify custom placement of the widget and not a custom style then this is a valid option, here is an example of the code and a list of all the default styles.

See table above for details.

But in order to try and specify the exact layout I decided to take a look into the plugin itself and find out what the function was doing. Now the first thing the function does is to check if you’ve passed it a string and if it is in the list of defaults specified above, if so it will load that style. If it isn’t any of those it checks if you have used one of the special options, this loads the style you specified in the plugin settings in the admin control panel for either the top or the bottom. Then it checks if it isn’t any of those and you have passed it an array instead, if you have it calls another function which builds a custom widget based on what is specified in the array.

addthis, theme, wordpress
Spotted a mistake in this article? Why not suggest an edit!
I feedback.
Let me know what you think of this article on twitter @_jacobtomlinson or leave a comment below!
comments powered by Disqus

Why is there no space in the MySQL password parameter?